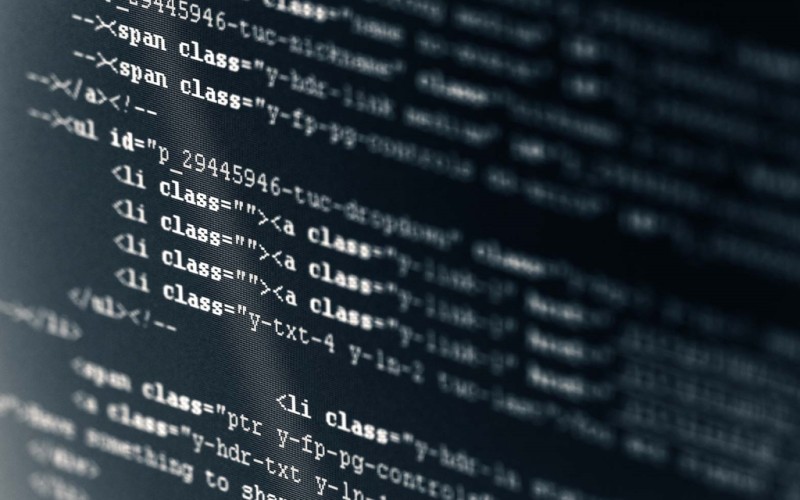 Code is a synonym for ‘computer language’. To code is to speak to, control, or communicate with a machine.

Everything that you currently view as ‘software’ – your computer’s operating system, your go-to apps, your favourite websites – are all designed and coded by teams using languages such as Python, HTML, JavaScript, Scala, Ruby, Go, PHP and many, many more.

The purpose of these languages is to make it possible for us to communicate with our computers, and each other, in ways that are similar to the human language, but can also be easily translated into code.

Generally speaking, computer languages run the gamut from highly technical and largely numerical to those that actually begin to resemble English. Truth be told, there are hundreds of digital languages out there, including those that are entirely visual.

Despite this, only a few dozen are in commercial use. Chances are you will have heard of some of them already; HTML, JavaScript and PHP, for example.

But let’s get one thing clear: there is no best digital language to learn or use. Developers love to bicker about one language being better than another, but 9/10 many of these languages are popular because of their specific purpose for doing a job well.

Most developers will learn more than one language over the course of their careers and the most important factor when it comes to deciding which language you will use is which one you like best.

As with any language, having a basic understanding, even if you aren’t necessarily fluent in it, will always leave a lasting impression with those that you come into contact with. Embracing such a vast platform of creativity and a universal language built to last at this moment in time will ensure your knowledge is ready for the next wave of digital advancements.

So, where should you start? Try Codecademy for an intelligent way to learn to code interactively (and for free – who doesn’t appreciate that?).

With over 8.5m having spent an hour learning to code already, and over 60% of those within the industry believing that the ability to code is critical for today’s bustling jobs market, then it is clear that there is no better time to embrace the web’s universal language.

It’s a big world out there, but learning to code now will give you the leverage required to put one foot in front of those around you.

We are Connect – the original web development agency. We have been providing best-in-class web, data and development services to public and private sector clients since 1994.

Previous: Every story told on the web must be mobile
Next: LIVE: Tim Peake’s Principia Mission launch