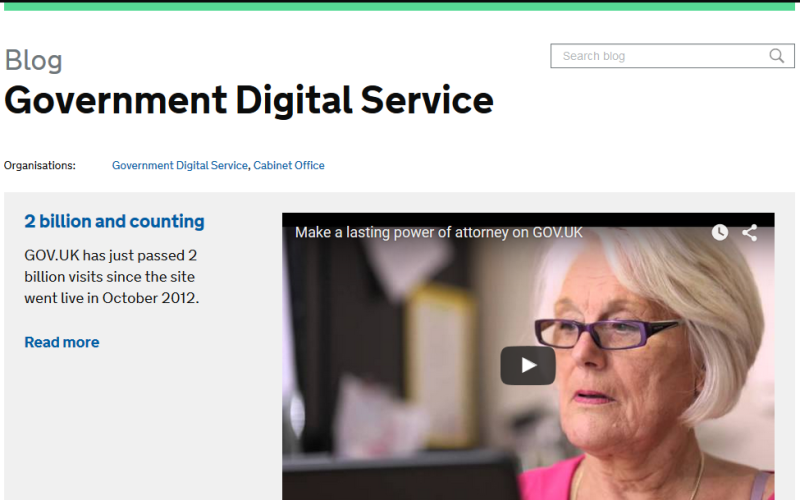 Earlier this week, the Chancellor of the Exchequer, George Osbourne announced in his Autumn Spending Review that the Government Digital Service will receive an unexpected funding boost.

“A document released shortly after the review took place confirmed the plans: “The Government Digital Service will continue to act as the digital, data and technology centre for government and supporting departments as they transform their operations, setting best practices and ensuring quality of service continues to develop in the years to come.”

The document explained that the additional funding will allow the GDS to develop common platforms, including GOVUK Pay, which will allow businesses and citizens to pay online for central government services by 2020. This includes passports, driving licenses and other motoring fees.The funding will also be used to advance the Common Technology Services programme, which aims to open up government technology contracts to more suppliers, fostering innovation and saving money.

Katie Evans, an economist at the Social Market Foundation, welcomed the move, saying the GDS was “critical” to improving government efficiency. The move will be particularly welcome inside the GDS, which has recently seen its former head, Mike Bracken, leave, alongside several senior managers.

Radhika Chadwick, a partner in EY’s government and public sector business said the £1.8bn earmarked for digital transformation signalled “a real ambition to tackle fundamental reform of government services“, but said there needed to be “a major rethink of all services“.

She added: “Putting digital at the front of a programme or initiative won’t mean a sudden improvement in delivery. With many government systems more than 30 years old, it will take many years to overhaul them.”

Alan Leaman, Chief Executive of the Management Consultancies Association, said digital services should be central to successful public sector change, with the GDS having made “a promising start”.

Leaman also said today’s review confirmed that almost all government departments no longer simply face the dilemma of achieving more for less – they now need to achieve more for a lot less. He added: “The scale and complexity of the challenges facing the public sector are enormous, particularly in the non-protected areas of government spending. The government’s ambition to reform and reshape much of the public sector must now be translated into a radical and practical five-year programme of public service reform.”

Searching for a shared digital infrastructure

“At the end of the last parliament, the Government Digital Service team found that siloed approaches to transformation weren’t working. Reinventing the wheel every time a new service was required was encouraging duplication and excess wastage.

They aim to fix this problem by harnessing a shared digital infrastructure in the shape of the ‘Government as a Platform’ vision.

Government as a Platform is “a shared vision” for a digital government; a common core infrastructure of shared systems, technology and processes.

The new ways of working, the new skills and the relentless focus on meeting user needs all demand a solid digital infrastructure. Over the coming months the team will be working out just how to bring that infrastructure to fruition.”

To read the full articles, visit The Guardian and TechWeek (Europe).

Connect – the original web development agency. We’ve been providing best-in-class web, data and development services to public and private sector clients since 1994. Connect with us today to take the first steps towards your digital transformation.

Previous: G-Cloud sales on the Digital Marketplace reach £800m
Next: Examining the self for successful digital transformation