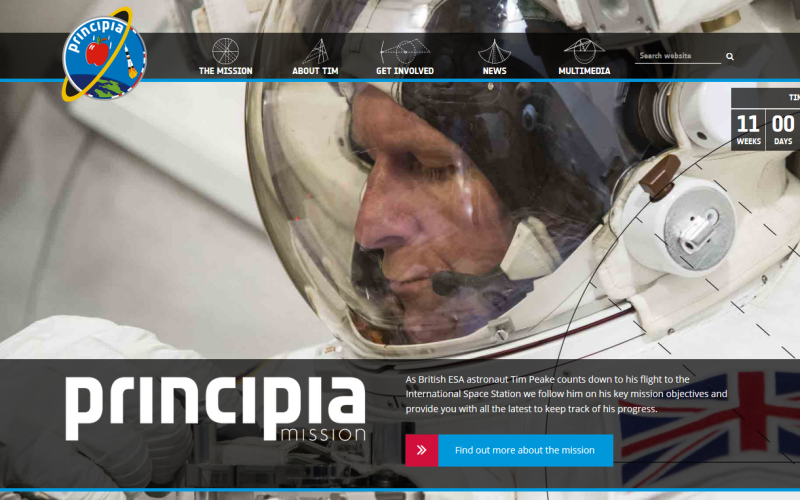 Tim is the first British member of the European Space Agency’s astronaut corps heading to the International Space Station. He is set to travel to the ISS later this year, spending six months on board carrying out various groundbreaking scientific experiments.

The newly launched Principia Mission website will help engage the entire nation with amazing stories of human space flight, including the innovative science and engineering and team work and training that go into each unique space mission.

The mission was named Principia in honour of Britain’s greatest scientist, Sir Isaac Newton. Tim said in a BBC interview: “Not only does it have the link with space and gravity but also it’s a celebration of science and that is what the space station is about now and that is what my mission is going to be focusing on and bringing it back to planet Earth.”

The UK Space Agency said: “The new website will bring the Principia Mission to the nation, acting as a one-stop shop for everything Tim Peake and featuring information about big activities such as the launch-day celebrations taking place across the country.”

The UK Space Agency will also be showcasing the very best visual content produced during Tim’s flight on the responsive, immersive new website – both direct from the ISS and on the ground in the UK.

For more information about the UK Space Agency, visit their dedicated GOV.UK website.