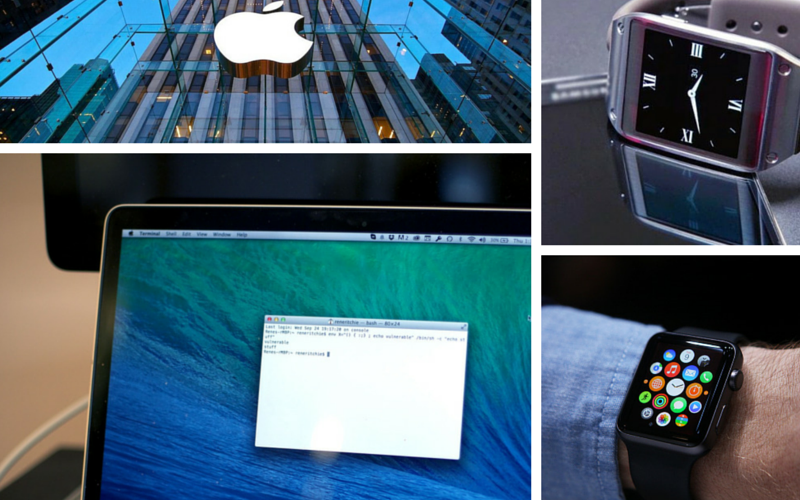 Are the all-seeing, all-knowing wearables we eagerly strap to our wrists enhancing or exploiting our personal data?

“As valuable as wearables can be, the reality is that they are also invasive. They gather data about their environments and that data is just as ripe for malevolent purposes as it is for altruistic ones.

“With regulators far behind the times and slow to adopt new policies, technology is quickly outpacing politics. Information is power. Giving personal, biological data to organisations and expecting them to handle it in a way that’s beneficial to their customers is a very big (and perhaps naive) gamble.

“George Orwell envisioned a future where TV screens in the home would record an individual’s every move. He had no way of planning for wearable tech. The dystopian reality is that wearables could easily be outfitted not only to record every move or word within the home, but everywhere an individual goes. Not only that, but it could record biorhythms, calories burned, and so on.”

Our client, Hewlett Packard, has warned that a number of serious exploits are contained within some of the most popular smartwatches on the market, and these vulnerabilities leave users ripe for cyber attacks.

“Testing 10 of the best-selling smartwatch models for their security robustness in areas such as password protection and data encryption, HP found that only half offered a lock function to prevent other people from accessing sensitive data.

Moreover 9 of the watches investigated sent some unencrypted data under testing which could be intercepted and a third of the models looked at allowed unlimited log-in attempts. Two of the gadgets could also be readily paired with a different phone if stolen.

Crucially, all 10 models investigated raised at least one point of concern for the security researchers.”

The latest version of Apple’s OS X contains a serious flaw that cyber attackers can use to gain access to your machine without knowing your password.

“The issue is around a hidden document, Subdoers, which is effectively a list of permissions as to which pieces of software are allowed to interact with your computer. Unfortunately, a change to how Yosemite stores the list means that it’s now possible to add malware to the register. As such, if you inadvertently run an offending script, hackers can take advantage of your computer’s unwitting hospitality to install malicious bloatware like VSearch and MacKeeper.

Apple is expected to address the global vulnerability with a patch shortly.

Despite announcing record-breaking profits earlier this year, Apple’s grip on tech may be beginning to loosen as the controversies mount.

“The company’s stock price fell by as much as 4 percent today to about $114 – its lowest close in more than six months. And shares are down more than 14 percent since right before reporting its earnings late last month. Such a steep decline for such a successful-seeming company is a little tough to fathom. But these days Apple occupies its own universe, where the normal rules of stock market physics don’t seem to apply. Success, it turns out, is relative.

“Whilst anything less than a blockbuster launch into a new product category might make investors anxious, perhaps of more concern is any sign of weakness in Apple’s biggest success. According to a report from industry research outfit, Canalys, the iPhone dropped from the top spot for smartphone shipments in China, falling to number three behind homegrown companies Xiaomi and Huawei. That’s notable because the story of Apple’s success in China has been pretty consistent recently.”