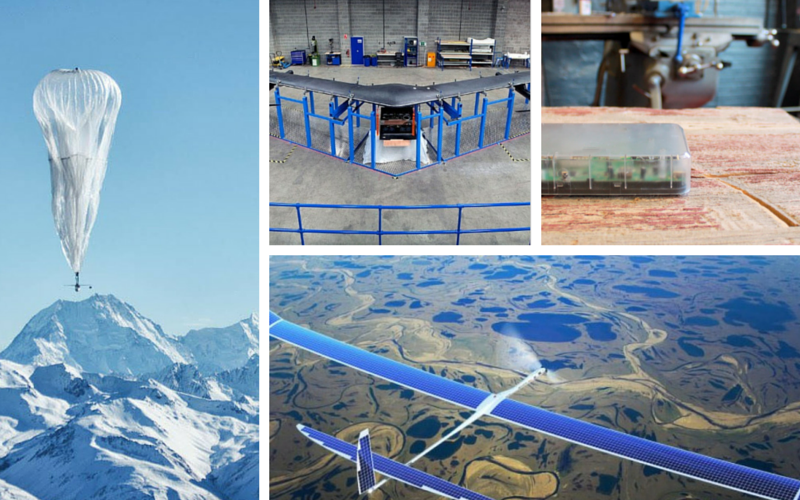 Facebook lifted the lid on their mammoth drone, Aquila, earlier this week. The drone is as wide as a Boeing 737, weighs 880 pounds and has been in development for the past 14 months. The drone plays a pivotal role in Facebook’s ambitious Internet.org plans to gift the world’s most remote areas with stable web connectivity.

Facebook plans to fly the drone over parts of the globe where infrastructure has yet to be built and use satellites to deploy connectivity for the masses. Ultimately, their goal is to offer free access to the world’s largest social network, and in turn expand its user base as even more Facebook drones are deployed throughout the world.

Facebook’s Vice President of Global Engineering and Infrastructure, Jay Parikh said: “Our goal is to accelerate the development of a new set of technologies that can drastically change the economics of deploying internet infrastructure.”

Former Facebook Product Manager, Antonio Garcia Martinez, wrote that despite of Facebook’s growing user base (1.48 billion as of this quarter), it’s actually running out of people to target. With China and Russia likely out of the question in terms of new sign-ups because of legal restrictions and, the company is facing a user dilemma.

He added: “The solutions are: increase fertility in Internet-connected societies to produce more ‘Facebookers’ (unfeasible and slow), stage a political or military coup in China to unblock that market (American companies’ days of business development via colonialism are sadly over), or increase the total number of people on the Internet in poor countries. Internet.org is the realization of the last approach.”

Sri Lanka’s IT Minister, Mangala Samaraweera told Lanka Business Online that “as a result of this agreement, the entire Sri Lankan island – every village from Dondra to Point Pedro – will be covered with affordable high speed internet using Google Loon’s balloon technology.”

The agreement marks the first time Project Loon will be widely adopted, outside of small tests providing connectivity to rural New Zealand.

To read more about Project Loon and Google’s agreement with the Sri Lankan government, click here.

Outernet is looking to gift the 3 billion people throughout the world without access to the web the chance to head online for the very firs time. The catch is, in order to get content to as many people as possible, Outernet’s connection only goes one way.

Outernet CEO, Syed Karim said: “We want to solve the information access problem as quickly and as efficiently as possible.”

Outernet sells a simple gadget called ‘Lighthouse’ that can connect to a satellite dish and download, but not upload, information such as Wikipedia entries, public domain texts, breaking news and a whole host of additional content. The device doubles up as a Wi-Fi hub, so that users can connect to it and download or browse text on their own devices.